Riyadh, KSA, 25 April 2021: Emirates NBD, a leading banking group in the MENAT (Middle East, North Africa and Turkey) region, recently opened two new branches in the holy cities of Mecca and Medina. It is the next step in a planned expansion of 20 branches throughout the Kingdom announced in 2019, which will result in a total network of 24 outlets. The expansion into the western region also demonstrates Emirates NBD’s continued confidence in the Saudi economy.

The new local branches in Mecca and Medina will be led by dedicated and experienced teams providing a full offering of banking solutions including Retail, Priority and Private Banking, together with Business and Wholesale Banking solutions to Saudi-based individuals and businesses across the western region.

“Together with our existing four branches in Jeddah, Riyadh and Al-Khobar we are now able to access and provide our integrated package of banking services to the largest number of businesses and individuals across the Kingdom.”

“Emirates NBD’s investment in a robust full-fledged branch network across the Kingdom’s key provinces strengthens our offering to individuals and corporates,” added Nasser Yousef, CEO of Emirates NBD KSA, “We aim to continue to enhance our offering and expand our presence by leveraging our digital banking expertise, award-winning solutions and extensive franchise in KSA’s key trade markets. We will also continue to serve and support the economic ambitions of Saudi individuals and businesses as the Kingdom forges ahead in its plans for economic transformation.”

The bank has also played an active role in supporting the Kingdom's Small and Medium Enterprise sector, via the Kingdom's Kafalah financing program.

Emirates NBD is set to continue to invest in its franchise expansion across KSA with the support of the Saudi Central Bank, with a further 18 branches planned across the Kingdom, which will bring its total network of branches to 24. 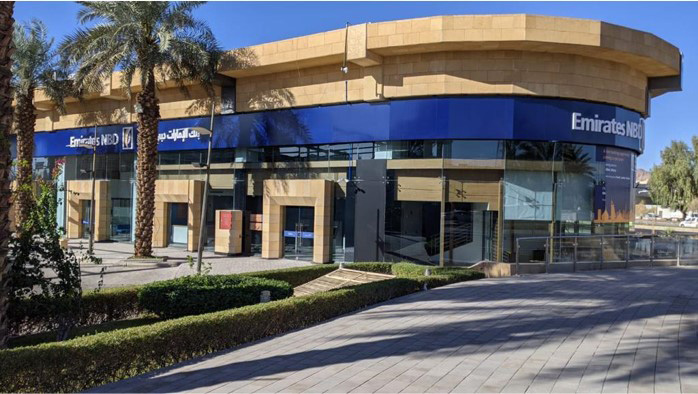 Emirates NBD Capital, the investment banking arm of Emirates NBD, one of the leading banking groups in the MENAT (Middle East, North Africa and Turkey) region

Emirates NBD today reported its Q1 results with profit of AED 2.3 billion up 12% YoY and up 76% QoQ

Emirates NBD's strong Q1 results enable it to accelerate the pace of investment in digital and in its international network to support future growth.