Dubai, December 14, 2014: Emirates NBD, a leading bank in the region, made a clean sweep at the Effie MENA Awards 2014 with five coveted awards in the Banking, Finance and Insurance, as well as brand experience categories. The bank walked away with one gold, silver, and three bronze awards for its inspiring campaigns.

The Effie MENA Awards, hosted by Gulf Marketing Review (GMR) are the regional version of the world's globally renowned awards for marketing excellence. The awards honour creative excellence and set benchmarks for the best marketing ideas that meet organisational objectives.

Emirates NBD contested with some of the region's top banks and financial institutions in the Banking, Finance and Insurance category, and was awarded gold for its 'Hey future me' campaign. Aimed at helping parents learn about their children's dreams, aspirations and uncertainties about the future, the emotion-driven social experiment asked children across schools in the UAE to send a message to their future selves. The highly successful campaign helped Emirates NBD introduce its Priority Banking customers to the Children's Savings Plan which helps parents support their children's future. 'Hey future me' also won a Bronze award in the brand experience category at the Effie.

At the ceremony attended by thought leaders from some of the world's most admired brands, the bank also won a silver award for the innovative ATM campaign that converted a number of its ATMs to 'Awesome Travelling Machines'. The initiative, which went viral with nearly 2.5 million views on YouTube, pleasantly surprised and delighted mall visitors who experienced an ATM finding them and not the other way around. 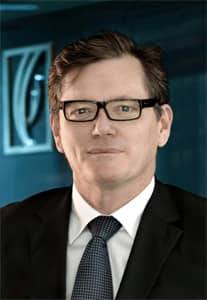 Speaking on the award win, Shayne Nelson, Group Chief Executive Officer of Emirates NBD, said: "Winning five titles at the prestigious Effies is a great recognition for the bank, and certainly very rewarding for the marketing team that has worked hard to showcase what the bank has to offer through some very creative work. At Emirates NBD, we always look at innovative ways to connect with our customers, and each of the winning campaigns was designed to shed light on their everyday banking and non-banking needs."

Designed to promote the UAE's tradition and culture among the resident community in a fun, interactive manner, the CDM initiative surprised and delighted hundreds of UAE residents when an Emirates NBD Cash Deposit Machine turned into a Culture Dispensing Machine that gave away actual size cultural Emirati mementos.

The "Eat. Pay. Love" campaign is an extension of Emirates NBD's exclusive dining programme, Bon Appétit that the bank executed through an innovative medium - the very plates on which food was served at restaurants. The campaign saw Emirates NBD collaborate with its partner Bon Appétit restaurants, and create custom-made plates with attention grabbing messages printed on them to remind customers of the benefits of using their Emirates NBD card while dining.

The recognition at the Effie MENA Awards 2014 is the latest in a series of accolades received by Emirates NBD for its marketing efforts. The bank was awarded multiple honours at the Global Brand Excellence Awards 2014, a bronze and a silver award at Dubai Lynx 2014; 'Best Sports Marketing Campaign' at the Sports Industry Awards; recognised for 'Best Social Media Engagement' at the Asian Banker Middle East Banking Products and Projects Awards 2014; and named 'Social Brand of the Year' at MENA Digital Awards; among others.