Retains titles for ‘Best Digital Bank in the Middle East’, Best Bank in the UAE’ for second and third consecutive year respectively

Dubai, 12 June 2017: Emirates NBD, one of the leading banks in the region, won major recognition at the Euromoney Awards for Excellence in 2017. For its strides in the digitalisation of banking and focus on delivering a superior customer experience proposition, the bank was awarded the titles of ‘Best Digital Bank in the Middle East’ and ‘Best Bank in the UAE’ for the second and third consecutive year respectively. 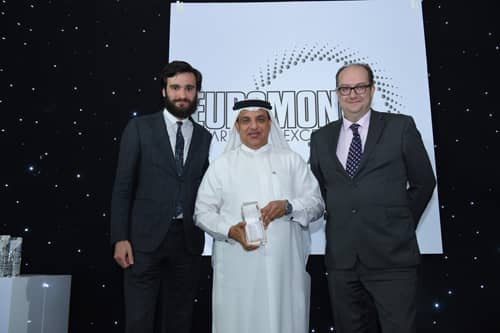 Emirates NBD was recognised for its solid financial and operational growth in the past year in the face of economic headwinds, and for achieving consistent milestones in digital banking following its AED 500 million commitment towards the multichannel transformation of its products, services and processes. With several first-to-market digital innovations aimed at delivering a seamless and hassle-free banking experience, Emirates NBD continued to position itself as the bank of choice for customers, employees and shareholders.

Commenting on the win, Shayne Nelson, Group CEO of Emirates NBD said: “Innovation has been a key enabler of the bank’s growth over the past year, and one of the reasons for both our financial success and increased value proposition. I would like to thank Euromoney for recognising our efforts in this mission, and honouring us with these prestigious titles once again.”

In 2016, the bank opened the region’s first futuristic banking space at Emirates Towers, Dubai, featuring Pepper, an artificial intelligence robot as well as showcasing emerging breakthroughs in banking and payment technology. To drive its digital strategy for both customer-facing and back end operations, the bank also announced Emirates NBD Future Lab™ which is responsible for several of the bank’s new offerings including Liv., the UAE’s first digital bank targeted at millennials launched earlier this year.

Abdulla Qassem, Group Chief Operating Officer, Emirates NBD added: “It is an honour to be recognised once again by a platform as prestigious as the Euromoney Awards for Excellence. Over the past year, Emirates NBD has displayed time and again its ability to continuously innovate and leverage its digital expertise to offer customers an unparalleled banking experience across the region. Aligned to the forward-looking vision of HH Sheikh Khalifa bin Zayed Al Nahyan, President of the UAE, and HH Sheikh Mohammed bin Rashid Al Maktoum, Vice President and Prime Minister of the UAE and Ruler of Dubai, and under the guidance of HH Sheikh Ahmed Bin Saeed Al Maktoum, Chairman of Emirates NBD, we have introduced several futuristic banking solutions in the market, and will continue to be an engine of innovation and the leading bank in the UAE.”

Over the course of this year, the bank has earned several accolades and recognition for its achievements, including being named the UAE’s most valuable banking brand and seventy-fifth most valuable banking brand globally with a USD 3.406 billon brand valuation by The Banker, a prestigious ranking of the world’s 500 biggest banks. The bank recently signed a premier partnership agreement with the prestigious Expo 2020 Dubai to become its official banking partner, and will be offering a range of financial services to visitors, participants and organisers of the global event. 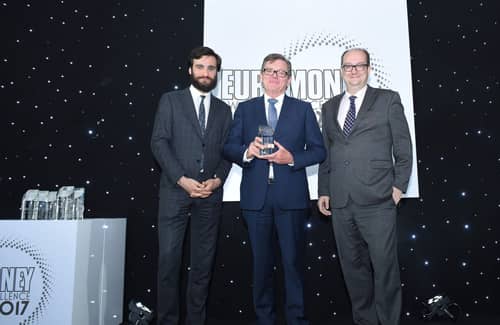